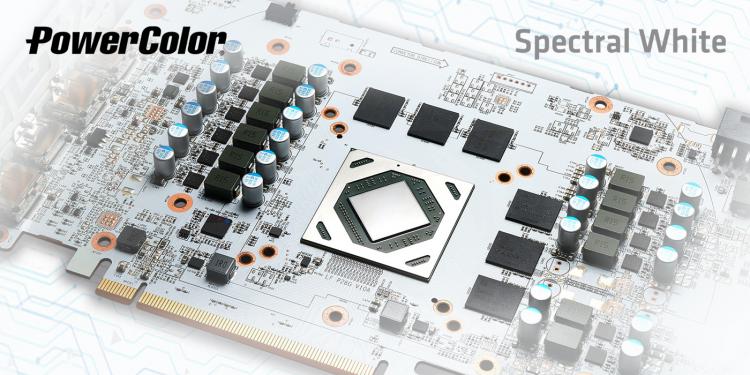 Component manufacturer Powercolor recently turned heads by announcing the Red Devil RX6900XT Ultimate series of graphics cards, and they're set to follow those high-performance models with something a little more down to earth. But only a little.

Arriving via social media feeds is this tease for a 'Spectral White' version of the RX6700XT Hellhound. The variant will put a renewed focus on aesthetics with an all-white PCB dotted with black components, as seen in the teaser image, which is also likely to be join by a similar monochromatic set of fans and cooler shroud.

Other aspects - including the triple-fan cooler design, factory overclock and video output options - are likely to remain broadly similar. More details on the Hellhound range can be found on their product page.

There are currently 667 user(s) online:
Google