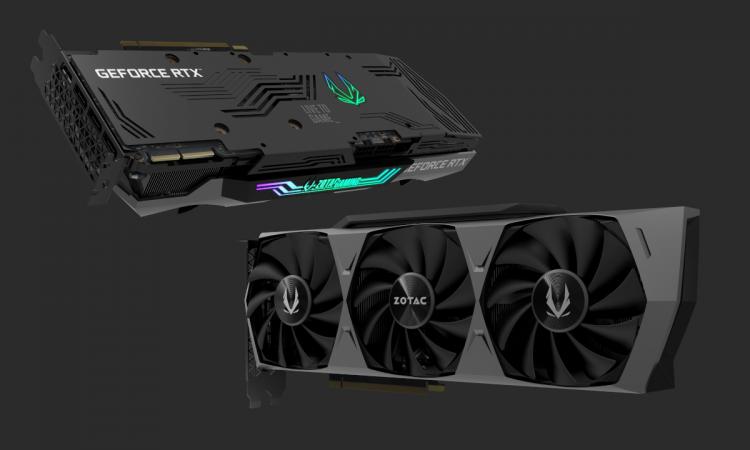 Following the introduction of new NVIDIA GeForce drivers on Monday the GeForce RTX 30-series 'POSCAPs' controversy appears to be petering out, but manufacturers continue to react in the hopes of maintaining some level of consumer trust. Earlier today we reported on efforts by MSI to do just that (alongside an official statement from NVIDIA that by no means cleared the air), and now it's ZOTAC's turn.

Issued via press release, the statement leans heavily on the recent driver as a cure-all for the specific woes cited, whilst offering no direct explanation of what caused said woes. They urge all ZOTAC RTX 3080 users to update to the GeForce 456.55 drivers before writing off their card as one of a bad batch.

In common with all the affected manufacturers who have chosen to comment thus far, ZOTAC reiterate that their cards are built to the highest standards and thoroughly tested, but it's difficult to square these claims with wide-spread (off the record) reports of AIBs receiving working drivers late in the testing process. That aspect of this story is critical given the crash-to-desktop problems seemingly occurred only during high GPU Boost states during gaming, and weren't observed under saturation testing with 3DMark/FURMARK.

ZOTAC advise their customers to contact local service centres and support teams should any further questions arise. As things stand, and whilst NVIDIA's driver appear to mitigate against this specific issue, a broad recall is clearly off the agenda.

We have seen many reports from users of GeForce RTX 3080 (including the 3080 Trinity) graphics cards crashing during gaming. A new GeForce driver version 456.55 has been released and we urge all to re-install your graphics card drivers as we believe it should improve stability.

We would like to reassure our customers who either have a ZOTAC GAMING GeForce RTX 30 Series graphics card on hand or have placed an order in your local retailer or etailer to continue having confidence in us and our products. Our graphics cards have undergone stringent testing and quality controls in design and manufacturing to ensure safety and great performance. At ZOTAC, product quality and your satisfaction are always very important to us.

Please contact your local service center or our support team in case you need help or have further questions relating to our products.

Thank you for your continued support!