👤by Matthew Hodgson  Comments 📅15-12-19
Conclusion
Since we reported on the AMD Ryzen 5 3400G prices in other sectors have fallen further still, particularly on SSDs and RAM, making a cost-efficient system even easier to come by; thanks to this, the AMD Athlon 3000G presents a rather compelling argument, but only in some very specific use-cases.

Though we test our CPUs using a Corsair H150i Pro RGB AIO loop, we felt it necessary to install the Wraith cooler and see whats what. We found the temperatures were never of any concern whatsoever, nor were volume levels. Additionally, AMD recently introduced a new system that allows you to step down the TDP one level, from 95W to 65W, for example. This gives you the option of further reducing thermals, down to 25W, if you absolutely dont need much of the CPUs power.

Now, onto performance. As you can see from our graphs, the 3000G book ends the wrong end of almost every graph, but it is also considerably cheaper than anything else weve tested. Having said that, if you need a PC for basic office work, browsing social media, or watching YouTube videos, the 3000G presents an awesome proposition. 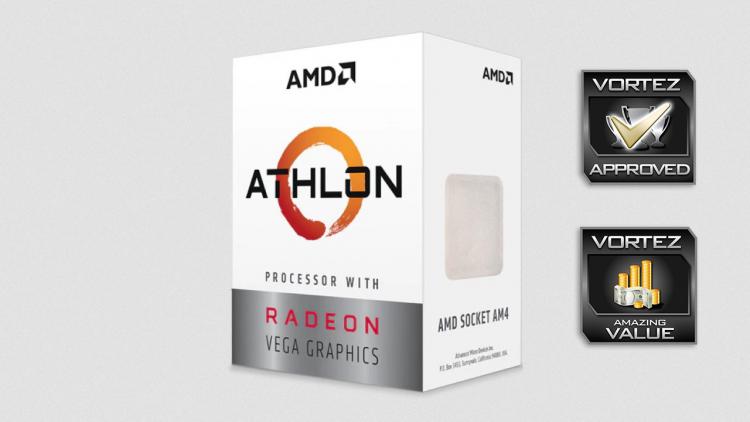 If a cheap and cheerful PC is all you need, with some very basic gaming ability, the 3000G cant really be beaten, but certainly consider all of your options before backing yourself into a corner that you cant necessarily upgrade your way out of.