👤by Matthew Hodgson  Comments 📅07-07-19
Conclusion
MSI have once again shown their expertise within the motherboard sector with an incredibly well-equipped motherboard, but it comes at a cost. That cost being a very literal cost, of roughly £450.

Firstly, focussing purely on aesthetics, MSI have kept things relatively conservative with a few small RGB LEDs on the reverse of the upper-right edge of the motherboard, along with a subtle RGB glow from the rear IO shield. Of course, if you choose, they can be completely disabled within the software. Some motherboards would struggle to retain a respectable appearance in 2019 without their RGB lighting, whereas the X570 Creation doesnt. It looks great in all lights and the greyscale colour scheme does the board plenty of favours.

Moving onto temperatures and overclocking ability. We conducted our tests of the board with AMDs current flagship model, the Ryzen 9 3900X. This CPU, despite the process shrink to 7nm, should still pose quite the challenge to a motherboards VRMs and associated cooling but the Prestige X570 Creation took it in its stride with only a single low-RPM 120mm fan blowing air across the entire board, from about 300mm away. We measured no more than 48°C from the VRM heatsinks directly, way inside of the spec that todays VRMs are rated to. In terms of overclocking, we managed to overclock the entire CPU, across all 12 cores, to a respectable 4.4GHz while single-core loads still respond with the usual 4.5GHz. This helped to increase the Cinebench R15 score from an already impressive 3122 to 3423. Read about our overclocking experience with the X570 Creation in our Ryzen 9 3900X review.

Power consumption of the board, along with the CPU (all done at stock speeds) was higher than expected and does represent a rise when compared to an X470 chipset. However, the main competition for the X570 and Ryzen 9 3900X is the Z390 chipset paired to an Intel Core i9 9900K; while absolute total power draw is higher, the entire platform must be considered, including the new PCI-E 4.0 specification and the 12 cores vs 8 cores argument.

Being aimed straight at creators, the M.2 XPANDER-Z gives you a whopping four NVMe 4.0 drive slots, and thanks to NAND flash dropping in price, 1TB and 2TB drives arent quite as eye-wateringly priced as they once were. Fast access to data is a must for video and photo editors, streamlining workflows. That data, however, can also be transferred across your network via the built-in 10Gig ethernet port on the rear IO, providing transfer rates in excess of 1GB/s. You also get the option of using the latest WiFi 6 protocol, if you cant wire your network in for whatever reason.

Creation tools dont end at software, often devices such as an Elgato Streamdeck, webcam or display capture cards need to be used, all of which use up valuable USB ports. MSI are obviously aware of this and have implemented a multitude of USB option on the motherboard, with a massive 10x USB 3.2 Gen. 1, 2x USB 2.0 ports, and a pair of USB 3.2 Gen. 2 (10 Gbps) ports, one Type-A and one Type-C on the rear IO. The motherboard is equipped to handle plenty of front USB ports as well, allowing up to 23 USB ports in total. Youll be hard pushed to need that many. 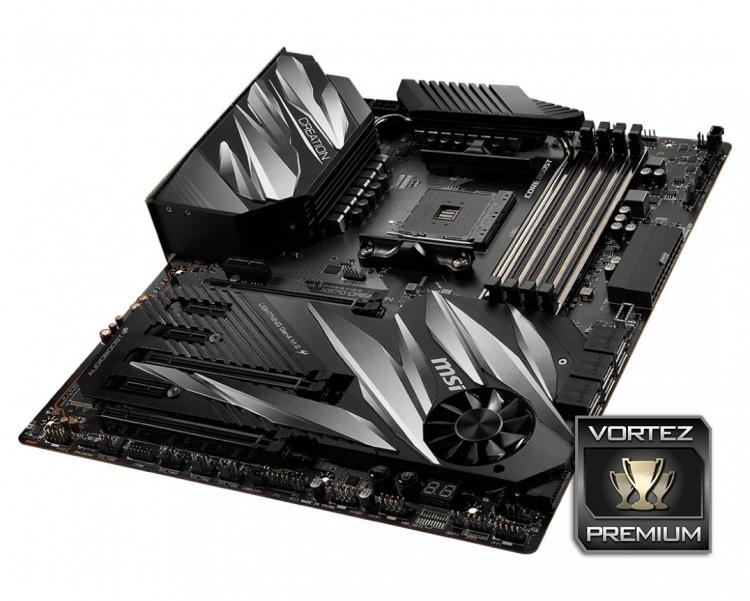 MSI appear to know their target audience and have tailored the board well towards the market but at £450/$450, it will find itself against some fierce competition.