👤by Matthew Hodgson  Comments 📅10-06-19
Conclusion
If you cast your mind back to August of last year, we tested the Netgear Nighthawk XR500; a network router with a similar feature-set and almost identical price to the AX8 weve delved into today. However, the similar price doesnt describe the performance.

Firstly, if were being superficial, the AX8 looks much better. Its a classy design that would genuinely look great on a side table in the hallway, beside a lamp or a vase of some kind. The silver and black design with the bulky wings is brilliant, whereas the design of the Nighthawk XR500, while being very sporty in appearance, would be much better suited to a boys bedroom than in plain sight.

Next up is the software. During our video we removed a few small pauses while the router responded to requests, but overall it felt snappy and gave a clear and easy to use interface. If a more in-depth configuration is needed, we can confirm that the web browser (typically available through the 192.168.0.1 or routerlogin.net commands) does offer much more customisation and is equally as responsive.

Then moving onto performance. While the 2.4GHz speeds may be slightly lacking compared to the XR500 and XR700, the 5.0GHz, at both distances and in both tests, was better than anything else. Wired performance didnt suffer due to Netgears focus on wireless, either, with it putting in a very respectable result and far more than most users would ever need.

While the Netgear Nighthawk AX8 is a touch on the expensive side it can certainly be justified in the right scenarios. For instance, if the cost was split between multiple university students sharing accommodation, or purchased by a parent to allow multiple children and adults to use the internet at the same time. 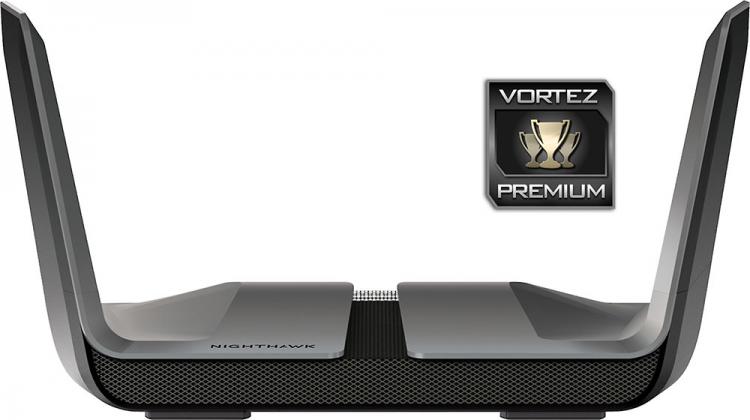 Overall, the AX8 looks great, performs amazingly well and is very easy to configure. Well worth a recommendation in our books.

Cons
- Costly (but can be justified)