The cooling market is one of the most competitive ones out there. From previous reviews, it was becoming clear that to get better performance, manufacturers had to upscale and create larger coolers. The most successful results came in the form of the Silver Arrow by Thermalright and the NH-D14 by Noctua. The problem is that in a world fuelled with marketing by RAM manufacturers to adopt their over the top memory heat spreaders, cooler compatibility has become a growing issue. As such, dual tower heatsinks are not always the ideal solution and cooler manufacturers become compromised in their design. On the positive side, it gives rise to innovation. For the most part, traditional single tower coolers will always play a key role in the cooling market. They have been tried and tested, proving nearly as effective as dual tower heatsinks in some cases. Improving performance is no longer a matter of simply going bigger but instead optimising fin design and heatsink shape have to be factored in. This is where Prolimatech come in with their Super Mega.

Its not often that we find a new company entering a highly competitive market, only to go straight into the top league. But this shouldnt come as much of a surprise when the engineers in question originated from another highly regarded manufacturer. Prolimatech first came into the market with their Megahalem using a very original dual tower that came in a package the same size as other traditional tower heatsinks such as the Thermalright Ultra Extreme. It proved to be highly successful amongst enthusiasts but from our own results it failed to keep up with Thermalrights offering, its closest competitor. Moving on three years from then, Prolimatech have made tweaks to their design and are ready to take on the top coolers once again with their new ultimate Super Mega iteration, this time facing the Noctua NH-D14, Thermalright Silver Arrow and Venomous X.

A bit about Prolimatech

Prolimatech,founded in 2008 is headquartered in Taiwan, led by a team of dedicated experts with 22 years of accumulated experience in the field of computer thermal solutions.

Prolimatech stands for Professionalism exceeding beyond all Limits. We are here to challenge any limits that stand in our way to achieve what was thought to be impossible.

Prolimatech incorporates integration of the aerospace resource-saving technology and advanced heat conduction technology to create the best heat absorption and dissipation solutions while pertaining to the science of aesthetics.

Our never-ending quest is to satisfy every computer overclockers and every enthusiasts needs for high quality and performance oriented thermal solutions for their high-end computer components.
With world leading expertise in cooling solution, our expectations of Prolimatech have grown, so lets see how it compares. 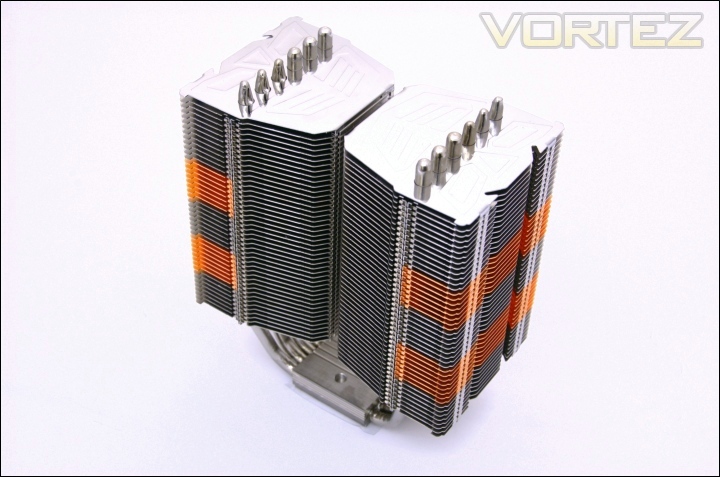