👤by Matthew Hodgson  Comments 📅13-05-19
Conclusion
Were no stranger to a Stormforce system here at Vortez, having looked at several over the last few years. One area they typically find a good balance is cost:performance and were happy to say we feel this most recent review sample fits that bill rather well.

First off, appearance. With first impressions, they matter, and thanks to the shiny black plastics (with two large areas of protective film to peel off, who doesnt love peeling those off?) and dark paintwork, the case boasts a stealthy look, but unfortunately, as is usually the case with shiny plastics, theyre a dust and fingerprint magnet. If you like to keep your machine clean and tidy, youll be forever attacking the front with a cloth. However, having said that, with the machine booted up, allowing the ASUS Aura Sync to do its thing, the front and rear RGB fans with the GPUs ROG eye look excellent, particularly in a dark room. You could certainly give this pride of place on your desk. If we were to find faults with the presentation, first and foremost would be the WD Blue M.2 SSD. The blue PCB stands out against the all-black internals, and to a lesser extent, as does the green PCB on the PCI-E WiFi expansion card.

Moving onto performance, which for a lot of people is far more important than aesthetics. Its no secret that AMD have pulled it out of the bag in the last couple of years with their Ryzen CPUs and the Ryzen 5 2600, with its 3.9GHz boost clock, is no exception. We saw a Cinebench score of 2869 and very respectable results in PC Mark 8 and 10, largely also thanks to the 16GB of HyperX memory.

Gaming performance, as youd expect with an NVIDIA GeForce RTX 2070, particularly a model with such a beefy (and fantastic looking) triple-fan heatsink, to help ensure that the GPU can prolong its boost clocks for as long as possible, is incredible. We tested at 1080p and 1440p, as we feel 2160p is a bit of a stretch. All tested games, aside from DEUS EX: Mankind Divided, which pushes systems very hard, saw framerates way in excess of 60 at 1440p and 90 to 180FPS at 1080p. Plenty of grunt, then, for high-end competitive gaming.

Temperatures were kept under control in our tests, particularly on the GPU, but acoustics do suffer somewhat due to the AMD stock heatsink, the Wraith. The case fans both look great and move a decent amount of air so were happy with Stormforces choice on that front.

And finally, onto storage. For a machine over £1000, we expect the M.2 slot to be populated by an NVMe drive of some kind. The speed differences when compared to a SATA solution can be order of magnitudes faster, and they often arrive with a black PCB. Ignoring the colour of the drive, upgrading from Western Digitals Blue SATA M.2 to Western Digitals Blue SN500 NVMe drive is a matter of £20 but due to the significant difference between NVMe and SATA, particularly in IO speeds, theyre particularly well-suited to being an OS drive. Also, 250GB? We need more than 250GB for our £1250. That's barely enough for an Operating System and one AAA title these days. 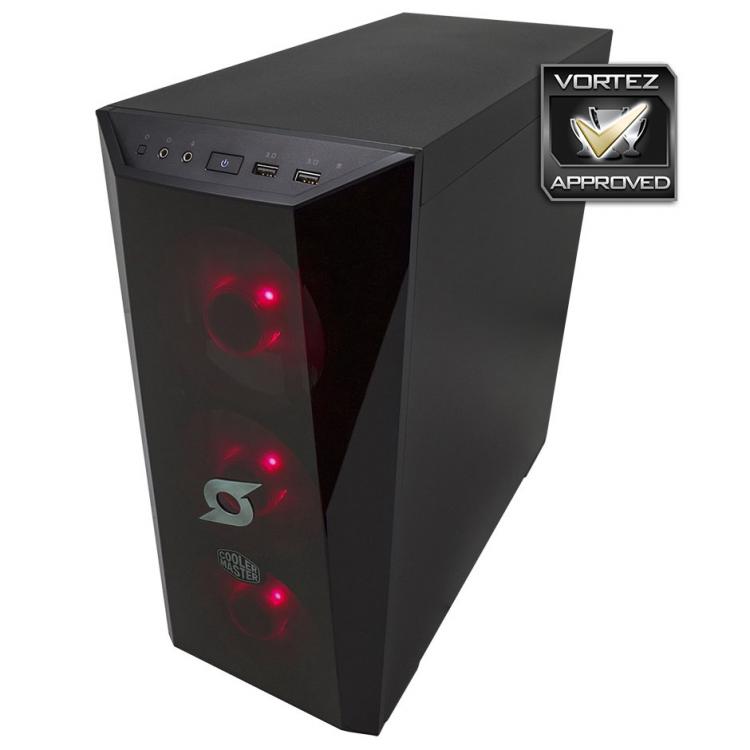 The Stormforce Crystal with its beautiful RGB lighting and excellent gaming performance will serve you well but some further colour coordination and an NVMe drive wouldnt go a miss.

Cons
- Case exterior is a dust-magnet
- Loud under load (CPU)
- Only a SATA M.2 drive
- Included extras not secured in the packaging
- 250GB SSD