Thermalright have been on a spree since last year, releasing an assortment of different coolers to meet a wide range of applications and needs. They started last year by releasing the Venomous X after a lengthy dry spell during which their Ultra Extreme reigned supreme as their flagship cooler. The Venomous X was an immediate success coming close to even matching the almighty Noctua NH-D14 but this was not enough for a company were getting cosy as market leaders. Half a year later, Thermalright showcased two new innovations in the form of their dual tower Silver Arrow and the HR-02 for passive operation. Both were evolutions of previous concepts which Thermalright had taken and tuned to accommodate the heat generated by overclocked CPUs. Both proved to be highly efficient in noise and cooling performance, the Silver Arrow more so thanks to its dual radiator design.

But performance came at the price of space and the growing popularity of memory modules with tall heat spreaders meant that consumers had to compromise on their heatsink choice. This is where Thermalright come in with their latest cooler, the Archon. As the name suggests, the cooler is designed to rule over the competition but the question is; how do they aim to achieve this? The Archon is very unique on many levels, unlike other Thermalright heatsinks, it has been designed from the grounds up without previous iterations to inspire them. Its main goal is to deliver the same performance we have become accustomed to from other Thermalright offerings without conflicting against adjacent memory modules regardless of their size. The end result is a narrow heatsink shape compensated by its greater height to create more surface area than the Venomous X.

The concept is reminiscent of Prolimatechs Armageddon. Thermalright have gone a step further and bundled their TR TY-140 with the heatsink so not only does the cooler promise chart leading performance but it also promises value for money.

Thermalright is an elite design house that manufactures cooling products for computer components for the best quality and performance your money can buy. In 2002, AMD released its first generation Thunderbird CPU and since then we have been there every step of the way to counter high voltage and high heat with innovative design and highly acclaimed cooling solutions not only for AMD but for Intel as well. One of early well known solutions was the SK-6. With many positive and rave reviews under its belt Thermalright bolted to the top as the heat sink manufacturer mostly preferred by overclockers and enthusiasts around the World. To this day, innovation never left our vocabulary as we keep coming up with leading edge designs staying ahead of the competition.
Although the cooler appears promising, theres only one way to find out if it lives up to its name. Read on to find out. 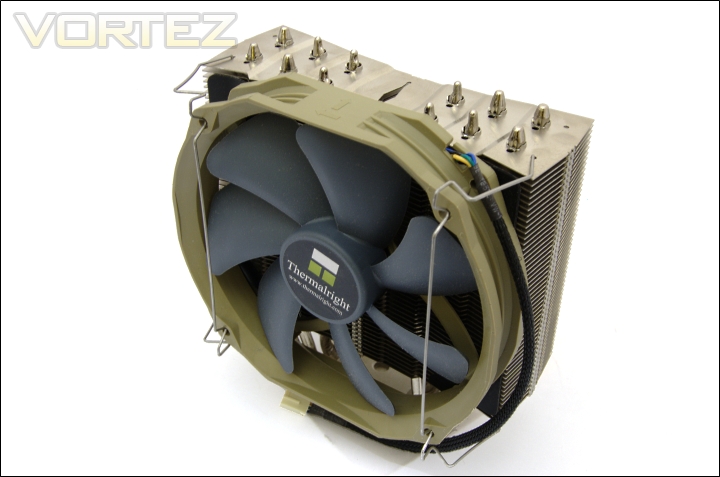 There are currently 546 user(s) online:
Google