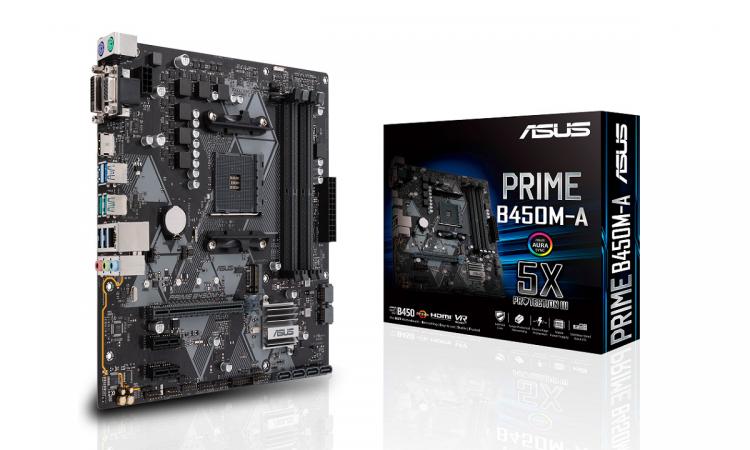 An AMD B450 motherboard, likely to have only a few differences from B550

The road ahead for AMD's Ryzen platform may well be a little clearer thanks to last week's announcement, but questions regarding the final landscape of this generation remain. One of the most significant is the whereabouts of the B550 chipset, a more affordable 500-series motherboard range than the X570 and follow-up to the B450. New rumours, arriving via Guru3D, are finally shedding some light on this, and not before time.

In fact, the capabilities of B550 are eerily familiar to those of a few X470/B450 motherboards prior to PCIe 4.0 support being unilaterally withdrawn in AGESA 1.0.0.3ABB. A cynical person might suggest that without this restriction B550 would not make much sense in the market.

If true, this drives a far starker distinction between B550 and X570 than has been the case for any past AMD B and X-series chipset in the same generation. X570 will be for enthusiasts, not only in terms of next-gen GPU feature support, but also secondary PCIe 4.0 NVMe storage support through the chipset; if nothing else early pricing for the flagship platform has certainly reflected this approach.

The potential upside of this feature suite is one of affordability. It hints that the long in the tooth ASMedia chipset returns as the FCH, and no additional and costly cooling for the chipset is required. PCIe 3.0 signalling for the GPU and chipset isn't as difficult to engineer for, also keeping costs down. And of course certain connectivity options are no longer necessary. B550 has all the makings of an excellent companion to the more mainstream oriented Ryzen CPUs including the 3600-series and still unannounced 3500, and will hopefully be priced to match.

It appears that B550 may debut in OEM systems prior to entering component retail channels. Computerbase.de yesterday uncovered listings for HP systems with this motherboard and the as-yet unannounced Radeon RX 5300 graphics card (equipped with 4GB GDDR5 VRAM), strangely paired with a Ryzen 3000-series APU.