👤by Matthew Hodgson  Comments 📅22-12-19
Conclusion
When AMD promised the 3950X in July, we waited patiently but with a real sense of anticipation; the jump from quad-core to octa-core took far too long in the consumer space, but to then jump from 8 to 16 cores in the space of two years is massively impressive and, quite frankly, way overdue at the same time.

For the longest time, those with the biggest computational demands have had to fork out incredible sums of money for HEDT setups that can power through tasks with ease; but with the 3950X, AMD have struck an excellent balance between the two, with a 4.7GHz Boost Clock and 16 full-fat Zen2 cores for the best of both worlds.

Of course, the £749 price-tag is by no means cheap, particularly if youre more accustom to purchasing something like the 3600X or 3700X, where prices are typically sub-£300, but compared to the HEDT solutions from both Intel and AMD, the 3950X offers an incredibly value-orientated option to the masses.

Furthering the value proposition, if you arent too bothered about PCI-E 4.0 or WiFi 6 (AX), an X470 motherboard can help to bring the price into a favourable position, just ensure you purchase something a little higher-end than youd perhaps drop a 3600X into. Of course, the 3950X is supported by a budget X470 or even B450 motherboard but youd be pushing the VRMs capabilities with a processor of this kind.

Having said that, wed recommend not to pair this with anything other than an X570, because missing out on the performance gains offered by the PCI-E 4.0 bandwidth, as well as improved VRM support, and often the increased cooling offered by board-wide heatpipes, will help to extract every ounce of performance from this behemoth of a processor.

Thermals and power were somewhat in line with what we expected from this processor, with the 3950X going no higher than 72°C on our Corsair H150i Pro RGB cooling loop with a balanced profile enabled within the Corsair iCUE software. However, do also bear in mind, AMD recently updated their Ryzen Master software to enable you to step-down your CPUs TDP rating by one rung on the ladder, equating to a 105W TDP to 65W TDP. Think about that for a second, 32 computing threads running at a 65W TDP rating. Of course you do lose some performance at the top end but overall, if you needed to keep things cool and quiet, its entirely possible.

Overall, AMD have given Intel something to think about, theyre absolutely wiping the floor with the best that they can offer at the moment, and even getting very close on gaming performance despite Intels 5.0GHz all-core speeds on the 9900KS. Give developers a few years to catch up, especially with Sony and Microsoft rumoured to be utilising Zen2 in their upcoming console launches, and we should see the increased core counts of these processors to really begin to shine within the gaming market. 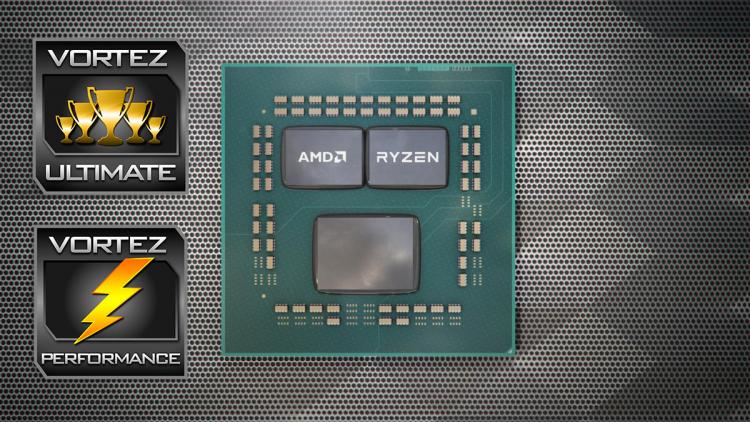 32 processing threads, a whopping 72MB of cache, PCI-E 4.0 support, reasonable cooling demands and a relatively value-orientated price make the 3950X incredibly easy to recommend, providing youll use all of the power. The 3700X would do you just as well otherwise, at half the price.

Pros
+ Absolutely mind-blowing performance from 32 threads
+ Reasonable AIO cooling loops will handle this without issue
+ Strong multi and single threaded performance
+ PCI-E 4.0 support
+ 105W TDP
+ Compatible with a B450 motherboard for £100.
+ Can be clocked down to 65W TDP